Beers in the Midi 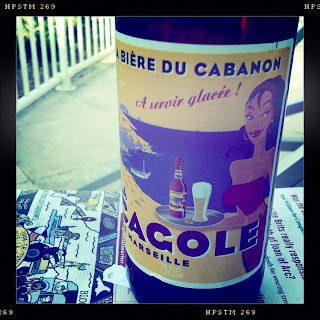 Our holiday travels shifted gears rather abruptly in late July, as we left Scotland for the south of France. Scottish beers in comfortable pubs gave way to glasses of rosé on a boat tied up along the Canal du Midi. Still, we managed to find a few beers even amongst the vineyards.

Arriving in Aix-en-Provence after a day of busses, planes and trains from Edinburgh, we needed something to wash off the dust of a long journey. Pelforth Brune, a northern transplant rather like us that day, did the job. 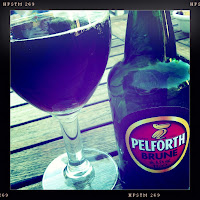 It’s got minimal head, and it’s a bit too sweet, but it was a welcome sight -- and taste -- nonetheless. Much like Pelforth Blonde, it is nothing spectacular, but it has a part to play.

We also had two southern French beers. The first was La Cagole, a lager from Marseille, which offers some nuttiness and a black cherry note on top of a malty background. We found it surprisingly more nourishing than refreshing for a 4.7% warm-climate lager. Not bad, but not great. The label is pretty nifty though. 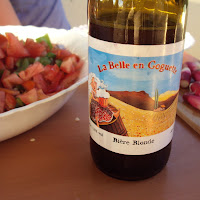 La Belle en Goguette is a reasonable enough bottle-fermented blonde ale from Brasserie des Garrigues in Sommières between Montpellier and Nîmes. Again, nothing outstanding, but not terrible either.

Overall, I’d have to say we’ve tasted far better French beers, both north and south. Most nights along the canal we just stuck with the rosé. 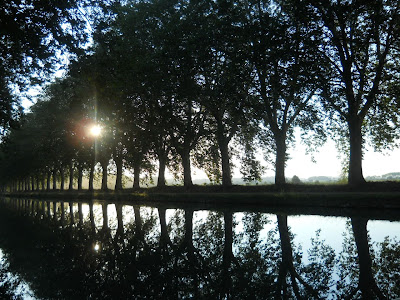