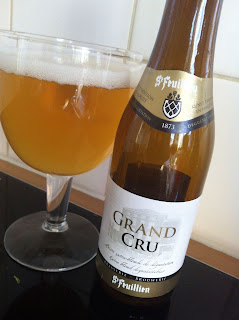 I was recently asked to take part in a survey about expats in Brussels, and apart from being shocked that it didn’t address any beer-related issues, I found its questions pretty revealing about how foreigners and locals view each other.

We're getting close to nine years here -- the longest I've ever stayed in any one place in my adult life -- and we're pretty well beyond the age of stereotypes of both expats and Bruxellois. But still, it makes for good sport, and we can root for both teams.

What stereotypes, you ask? Well, the survey made it clear enough...

The superficial views of expats, particularly Anglophones and other north Europeans is that this city is dirty, disorganised and inhabited by unfriendly locals who fail to understand that without the EU institutions, Brussels would be a backwater of poverty and unemployment even more so than it is now. The drivers are mad and seem to aim for pedestrians. People never clean up after their dogs, leaving mountain chains of poo on every pavement. Customer service doesn't exist, having been replaced by an attitude of, "if you're in my shop, you must be out to steal something".

For their part, the Bruxellois view the internationals as a bunch of rich scroungers: overpaid, do-nothing Eurocrats, who don't pay Belgian taxes but get better services than citizens receive. They never bother to learn any of the languages, and they live in their little enclaves of suburbia, from where they drive like lunatics into the European quarter every day to sit at their desks and count their lottery-win-level earnings. If they do ever fall out of their bubble of unearned privilege for a moment, by some accident clearly, then they just moan, moan, moan about everything they come into contact with.

There is, of course, something to say for both of these stereotypes.

It's true that compared to, say, a tidy Scandinavian capital, Brussels is chaotic and filthy. It doesn't gel into an obviously lovable form, it's not neat, and parts of it have been ruined by modern redevelopment projects so bad that urban studies experts have coined the term “Brusselisation” as a warning to other cities. As for the canine croquettes on the sidewalks, the peaks seem of Andean proportions. Customer service does often leave a lot to be desired, but you can easily ignore the grumpier places by choosing friendlier ones.

And it's also true that many expats live in bubbles of overpaid self-importance. Some barely try to experience the city they're in, and many do prefer moaning to living. OK, not every pale-faced foreigner here is Murdoch-style rich, setting fire to 500-euro notes just for the pleasure of watching them burn, but more than a few act that way.

As for road safety, both sides are right, but both are to blame. It's such a multi-national (as opposed to international) city that there are always several cultures of driving represented at every intersection: the aggressive, the defensive, the obedient, the cheeky... Everyone expects the driver opposite to share their driving style, and that inevitably ends in disappointment and outrage.

But it is obvious there are far too many cars. The number of vehicles on the roads and the regularity of traffic jams seem to increase every year. It’s reaching absurd levels, ramping up driver frustration. The public transport system isn’t bad, though don’t get me started on the strikes that are as frequent as they are misguided and pointless. And it’s good they’re pushing the short-term rental bikes, even if the paucity of proper bike lanes makes cycling rather suicidal.

I don't know about the economic arguments -- essentially whether having the institutions here is, financially, a net gain or a net loss for Brussels and Belgium. But when it comes to taxes, the locals have it right: if you live and work here, you should contribute to the state coffers like everyone else. It’s no wonder Belgians get annoyed at the clear unfairness of their hosting an elite that is allowed to evade their responsibility to the society around them.

At the same time, Belgians need to realise that there are plenty of foreigners here who work under Belgian contracts and pay Belgian taxes exactly like they do. (eh hem...) Some sense of solidarity in suffering might be nice once in a while.

Another idea to promote mutual understanding would be to sit down together with a good Belgian beer, the availability of which everyone should agree is a very positive aspect of living here. Might I suggest St Feuillien Grand Cru? It’s got that lemony, peppery, slight-hint-of-liquorice you get from good old St Feuillien Blond, with a finer carbonation and crispiness in the mouthfeel, though less sweet.

You don’t need a survey to tell you: this is a good one.