This is one I’ve tried before -- and not long ago, in fact -- but I wasn’t overly impressed, which was a bit of a shame, I thought at the time, because their Herkenrode Tripel is very good. Anyway, the brewery saw my original post and reckoned I must have got a bad bottle of the Bruin, and they very kindly sent me a few new ones to give it a second chance.

So, I sat down with a few friends one afternoon a while back and popped them open.

Indeed, it didn’t taste much like I had remembered. It was still thin in body as I’d noted, but this Herkenrode Bruin was much more pleasant overall. 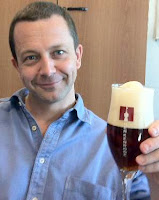 Jess found a fruitiness right away, while Jonathan made that more precise, saying it had a lovely aroma of strawberries. So far, so good. He then waxed lyrical about it being, “close to an English ale”, which reminded him of being at the pub as a child. Not so sure about that.

For me, along with that red berry note, I was getting a whiff of creosote or oakum, which I adore. There’s a pronounced bitterness late in the aftertaste, which clears away any residual sweetness. 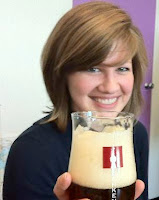 On second try, then, yes: Herkenrode Bruin is a very worthy beer. Glad I had another go at it.

This whole experience risks upsetting my method of operation, however. If, every time I say a beer doesn’t taste quite right, the makers send me fresh bottles, where’s my incentive for saying that it’s excellent the first time around?