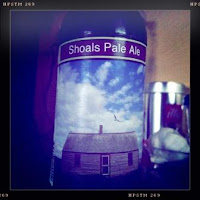 About 25 years ago, I spent the summer on the Isles of Shoals, a collection of rocky outposts off the coast of New Hampshire and Maine. I was doing courses in marine science on Appledore Island, to be specific, which is just across a narrow channel from Smuttynose Island, namesake of today’s beers.

The brewery is not on the island, of course. About the only thing out there, apart from the ghosts of the victims of an 1873 axe murder, are a bunch of seals. Smuttynose Brewing Company is located in Portsmouth, New Hampshire, which has fewer seals flopping around its streets, as I recall, and hopefully fewer ghosts as well.

I used to be rather excited by a life at sea, and for me, the Isles of Shoals were really inspirational, influencing so many of my study and work moves in the years immediately after. From there, I found my way on to research boats, then on to traditionally rigged sailing schooners, plying the waters between Newfoundland and the Caribbean.

That all seems like a long time, and many choices, ago. Between then and now, there were fleeting bits of lives lived in Montana, Seattle, the Bering Sea, Anchorage and Berlin, before Czechoslovakia, and so on... Explaining exactly how I got to Brussels and my current job, which has nothing to do with the oceans, gets a bit complicated.

But I still retain fond memories of the Isles of Shoals -- or at the very least, romantic notions about as foggy as the air around the archipelago itself -- and it’s fun to be reminded of one fine summer by two beers. 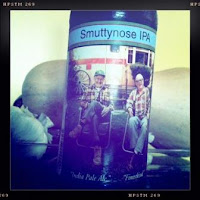 Bottle-conditioned Smuttynose Shoals Pale Ale is caramelly, with vanilla notes, and yummy, if a bit sweet. Is it more brown ale than pale ale? Tasty either way.

Smuttynose IPA also comes with some welcoming mung at the bottom of the bottle (remember, I like Belgian beers and always pour them out to the very end to get that yeasty, B-vitamin goodness). The aroma is a bit weak, but the flavour is complexly bitter over a slight biscuitiness. It’s not clearly floral nor piney nor citrus, but all those together in small amounts and all combining to add up to a rich taste.

That’s how I remember it all anyway.