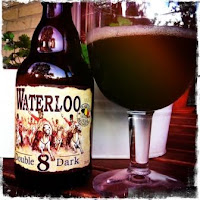 Yesterday’s hullabaloo has spread, as these things do, with more interviews for other newspapers today, demonstrating once again rule number one of communications: nothing attracts media attention like media attention.

Of course, every moment you experience that makes you feel on top of the world contains within it a seed of pure humility. So it was with me this evening when, after the newspaper photographer had finished shooting me at the bar of the Supra Bailly pub for a story about a celebrated Belgian beer expert, I got to talking with him over a couple Orvals and came to realise he knew about seventy-four million times more than I do about Belgian beer.

Many years ago, he’d worked as a bartender at a pub with loads of small brewery beers that now no longer exist. He waxed lyrically about Monk, the pub down on Place St Catherine’s with some solid craft beer options. He had just finished a photoshoot concerning aged Cantillon, and he was very well versed in the subtleties of different kriek and gueuze. About the only thing he hadn’t tried was Westvleteren, so, of course, he’s now on the guest list for my next tasting evening.

But on to this evening’s beer: Waterloo Double 8.

I’ve already done the ABBA joke with Waterloo Triple 7, so I’ll spare readers a repeat of that. Actually, the Triple was a pretty good beer considering it initially seemed a bit of a gimmick. I was most impressed.

Waterloo Double 8 is much the same: quality stuff. It’s got the complexity you’d expect from a bottle-conditioned Belgian dark: creamy mouthfeel, sweet malts transforming into a long, lightly bitter aftertaste, and notes of raisins and dates. If it has a flaw, it’s that it is slightly too sweet for me, but I think the solution for that would be to put a bottle in the cellar for a few years. I bet it would be awesome with a bit of aging.