I just returned from yet another work trip -- hopefully the last one until the summer holidays -- and yes, there was time for a few beers...

Bosnia and Herzegovina is not known as a major brewing powerhouse, but because the country’s mix of historic ties includes a strong Central European element, you’d at least expect to find some decent local beers. Indeed, the Sarajevo Brewery (Sarajevska Pivara) has an impressive brewing tradition stretching back to 1864 and, at times since then, has been a major regional producer.

I tried three of their beers: Sarajevsko pivo normal lager, their “Premium” lager, and their dark beer. None of them are spectacular, to be honest, but I enjoyed them all anyway. Circumstances played a part, I suppose.

After several days of meetings, we took a long hike up in the mountains south of the city. It’s incredibly beautiful out there. Bosnia is actively trying to pull in tourists for walking holidays, and as I wandered around the summer settlement above Umoljani village and took a peek into the Rakitnica Canyon, it was easy to see why they should be successful. Bosnia’s backcountry is like few parts of Europe: empty, rugged and really quite wild.

Our guide recommended the short route, and having ignored his advice, when we finally returned to the village, we were pretty thirsty. Sarajevsko pivo is a simple lager, not outstanding in any way. But after a long hike, it does the trick.

Sarajevska Pivara’s Premium lager comes in a ceramic top bottle, but it is for me otherwise indistinguishable from its “normal” brother. Not bad, but not brilliant either.

A quick visit to the brewery itself the next day was a treat. It’s a lovingly renovated building, and in the restaurant’s welcoming atmosphere, I tried their dark beer.

I found it a bit too sweet and simple for my tastes -- more like one of those newish Czech dark beers than anything seriously dark, complex or Belgiany.

Still, I wasn’t exactly complaining: good company, wonderful surroundings, and decent beer. That works for me. 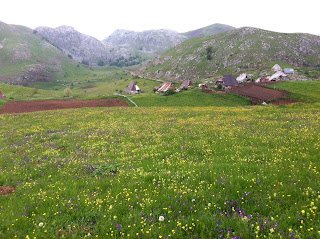 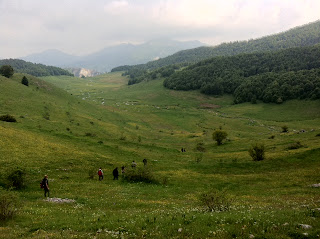 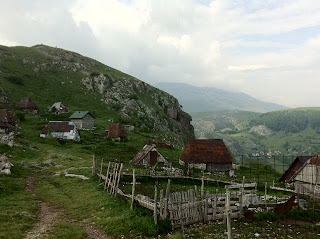 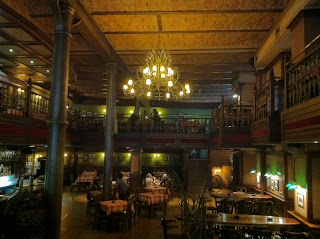