This is not a beer tasting 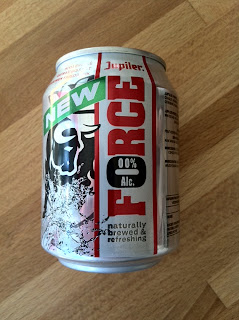 After more than seven and a half years of living in Belgium, I occasionally get the feeling I may be getting close to understanding this country’s politics. Then I have a conversation with someone who actually does...

Sure, I can more or less explain that Belgium hasn’t been able to form a government for 300-and-however-many days since the last elections, and I can sort of outline what each party’s position has been over the last ten months. Add to that various books on the country’s history that I’ve read to be informed about how we ended up in this world-record-breaking situation. I should know what I’m talking about.

But, in truth, I know nothing.

A far more knowledgeable friend explained to me at lunch today exactly what’s going on in terms of who’s benefitting from the continued malfunction. Yes, it turns out state failure has its own constituencies and patronage networks. It has to do with the federal budget, which apparently adopts major debt burdens and other obligations while -- when the economy is doing well as it is right now -- the regions or communities get to spend surplus revenues. Why would anyone want to form a government and risk changing this spend-without-consequences situation they enjoy?

Now, a very large disclaimer: I could have this all wrong. I do not in anyway claim to be an expert. (see above) Still, if true, it would seem a bit of a scandal.

But what I know for sure is a scandal is today’s beer: actually, Jupiler Force is not even a beer. It is a “refreshing brewed soda for men”.

No, seriously. That’s how it’s marketed.

Somewhere a marketing guru is wetting himself with laughter at how he got Jupiler to pump out this nonsense. He certainly won’t be doing so because he drank too much of this stuff. It’s awful.

Technically, this is not even a beer review anyway, given Jupiler Force has no beer-like qualities or constituent elements.