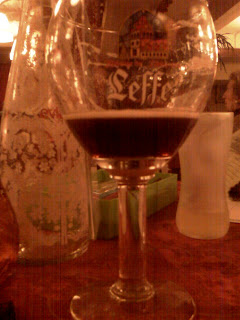 After an hour or so at the somewhat small but wonderfully educational Brussels Public Aquarium (Centre d'aquariologie), the young one and I went for a walk around the area looking for a café. 45 minutes later, we’d found only one or two smoky bars and nothing else open. It just didn’t seem to be a part of Brussels that did decent eateries or upbeat bistros.

So, we gave up and walked over to the basilique for a bit of sightseeing instead. Its foundation stone laid by the “thoroughly bad” King Leopold II in 1905, the National Basilica of the Sacred-Heart of Koekelberg 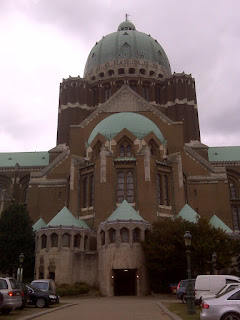 was completed in 1969. It is the world’s largest Art Deco building, but for me it’s too massive and chunky to love, both inside and out.

But the first thing we noticed on our way in was a restaurant in the basement, where live music was echoing. It wasn’t church hymns but rather hits from the 40s and 50s, sung by a couple of guys who have clearly been doing the lounge circuit since at least then. We walked in, realised it was smoke-free and sat down.

It was a staggeringly Belgian moment, with songs in Flemish and French, and both languages could be heard coming from the tables around us. This older crowd were clearly Belgians of the era before the deteriorating linguistic divide of the past few decades. Not that such people are impossible to find these days, of course, but when you look at the media and schools and so on, the two groups seem as different as any two European nations. The audience here predated that. 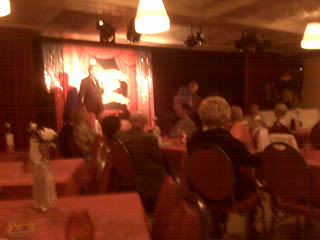 The second singer in particular was quite good. He must have been in his late 70s at least, but he still sang some new material. Not a bad role model. 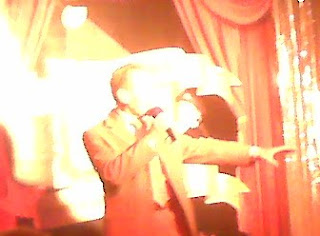 The mix of beers around the place was all-Belgian as well. I went for a classic, Leffe Brune. It’s lightly roasted malt and not high in alcohol, but a bit too sweet for my taste, perhaps appropriately matching some of the sentimentality in the room. Still, it’s much better than Leffe Blonde, which is too syrupy. I think I like Leffe 9 best of the lot, though.

In any case, the event was about far more than the beer. It was easily the best afternoon of lounge singing I’ve ever experienced in a consecrated location.