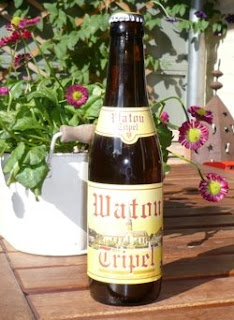 Sitting out on the terrace on what has been the longest day of the year in more ways than one. Pouring rain this morning made us think the cinema was a good idea. But “Night at the Museum 2” did not make grumpy girls any less grumpy. Final rays of the sun across the park now with the girls gone to bed... Some peace and beer, at last.

Watou Tripel comes from the same brewery as the great St Bernardus beers. An abbey beer, this one is mostly standard as tripels go -- a strong blonde Belgian ale, though it is slightly weaker than many at only 7.5%, which is refreshing. One distinguishing feature is a slight honey taste in the finish, a sweetish floral richness.
No comments:

A colleague sent me this great article on a brewery in Pyongyang: "North Korean beer: great taste, low proliferation risk". Worth a read, if perhaps not a taste... 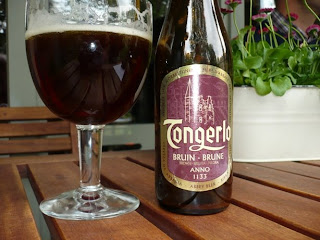 I’ve had Tongerlo Bruin before, but Bob’s over and wanted to try it -- and it was on special offer at the supermarket -- so, here’s an updated set of tasting notes...

It pours dark and rich, and you expect it to be a bit thicker in the mouth. It turns out it’s a bit metallic, highly carbonated with an aftertaste faintly spicy. “There’s a bite in the back of the throat”, says Bob. Nona says it’s, “warm at the back of the throat”. Bob notes a “hint of chocolate”, which we’d picked up in last year’s tasting.

It’s better than the ultra-thin darks like Grimbergen Dubbel, but still, it doesn’t have any of the depth and richness I expect in a dark beer. Bob summarises it as: “Not a bad beer, but not great. Though, for 1.91 euro for a four-pack (with the coupon), you can’t beat it.”

Strangely, it gets a bit better -- richer, more flavourful with more aromatics -- as it sits for a bit. Wait about tem minutes for a better beer. Actually, I’ve noticed this phenomenon with other beers: they improve with a bit of sitting before drinking. No idea why that is. 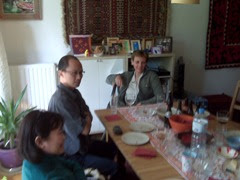 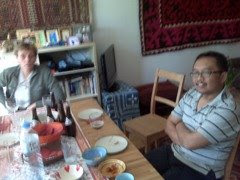