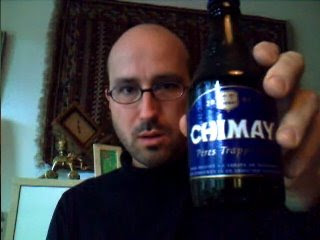 Fathers' Day was celebrated yesterday by four of us with various types of Chimay. Over in New Jersey, Brian and our father had Chimay Grande Réserve, but apparently, this bottle they bought in the States did not have the year very prominently displayed on it, so I've no idea if it was the 2008 or something aged and older. Anyone know why the date isn't on the bottles you buy in America? Is it not fermented in the bottle there? 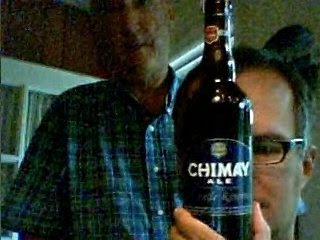 Here in Brussels, I was with my father-in-law, Ronnie, and we had the Chimay Blue. This beer has gone up in my estimation in recent weeks. It's still not going on my list of top ten Belgian beers, but it's getting closer. It seems richer than when I first tasted it for the 40b40, more date and raisin notes. 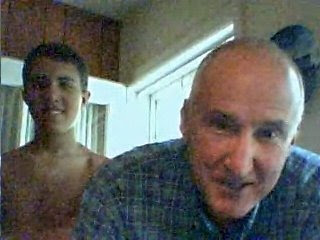 Fiona -- not a father, but we let her drink anyway -- opted for the Chimay White, a grapefruity tripel. Laura chose no Chimay at all, because was driving the team back to Connecticut. 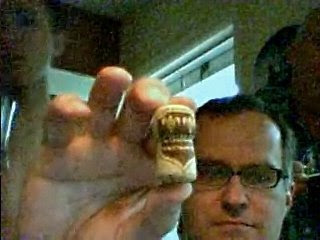 It was all captured on Skype video phone -- well, not the drive to Connecticut -- so I'll leave you with the snapshots here... 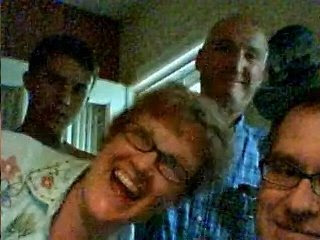 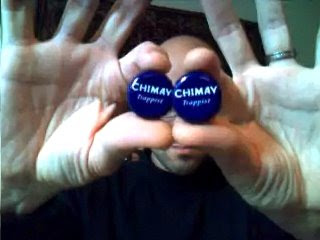 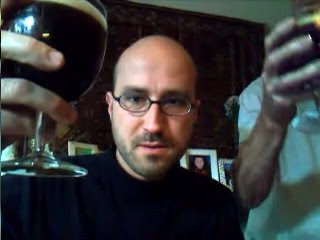