The highest beer in the Low Countries 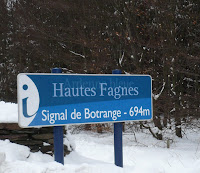 Though the tasting notes of Ardennes winter retreat beers officially ended with Monday’s write-up of Postel Dubbel and Tuesday marked a return home with the description of La Trappe Quadrupel, there are a number of holiday-related topics I simply must address. The first concerns the highest beer in the Low Countries.

We spent our snow-capped time off right around the corner from the geographic high point of the BeNeLux: Signal De Botrange. It's not so much a majestic soaring peak as a parking lot, restaurant and information centre at 694 metres above sea level. Switzerland and Nepal may scoff at such puny altitudes, but considering a good portion of one of the three BeNeLux countries, the Netherlands, is actually below sea level, this height -- what the hell, let’s round it to 700 metres -- is impressive around these parts.

The parking lot was packed when we were there, as it was the Easter Monday holiday, so we barely found a place to stop for a moment and walk around. I didn’t enjoy a beer in the restaurant because I had to drive home, but I thought readers would like to know what they serve at the highest point in the Low Countries. In fact, they push Duvel and Maredsous. So now you know which Belgian beers work best in a low-oxygen environment. 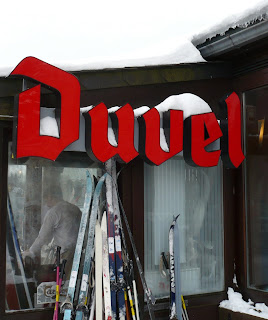 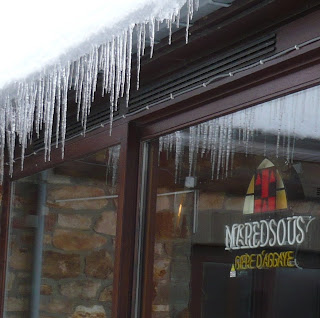