Grottenbier Brune in an igloo

Returning to the series of Ardennes winter retreat beer tasting notes... the second brand we tasted after Bière de Malmedy Brune was Grottenbier Brune. This “cave beer” was created by larger-than-life Hoegaarden founder Pierre Celis, who wanted to develop a product underground with a Champagne-like method of turning and tilting the bottles over time. (Deus anyone?) The beer itself is brewed by St Bernard-Watou, and it matures in caves in both Belgium and the Netherlands. 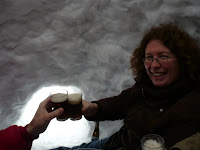 The result is quite tasty, particularly when consumed inside an igloo.

We had so much snow in Robertville that we built a couple of igloos for the kids to play in. I’d never really built an igloo before, and none of us had any idea it would take two or three hours to complete one. 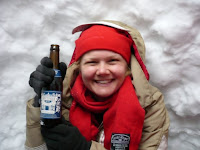 The larger igloo was big enough to hold all four adults, so the day after the official tasting of Grottenbier Brune, we decided to try it in our very own, freshly constructed, snow grotto. It seemed to sharpen the tasting experience, perhaps even the taste itself. 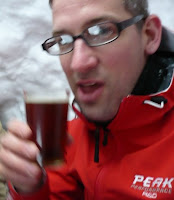 “It’s Christmas in your mouth”, declared Bob. And yes, it did have those gingerbready flavours like a slab of Aachener Printen. The mix is nutmeg and allspice, though this beer is less heavy than that might make it sound. Oddly, the flavours dissipate rather quickly. The aftertaste you are left with is simply hoppy bitterness. 6.5% alcohol doesn’t intrude too much on the flavour balance, but when you’re in an igloo, perhaps you need a little higher octane. 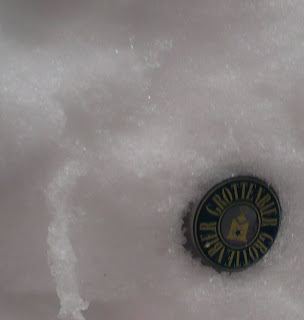 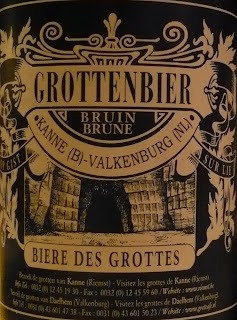 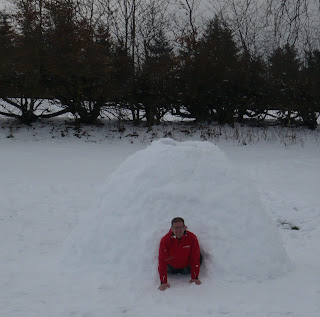 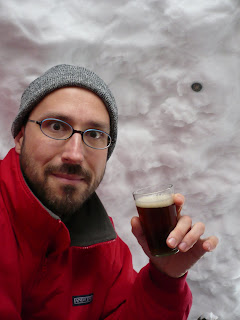