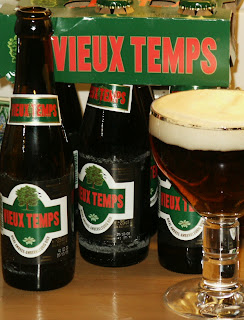 No, I am not reminiscing about the early days of 40b40 tonight. It’s the name of the beer: Vieux Temps. And indeed, we are sharing it with old friends -- from that other beer-making giant of Europe, Bohemia, as it happens. Though, to think about it, we met her when she was eight or nine (crikey, I'm old), and that's too young to drink beer, unless you're going for La Chouffe, the pixie beer.

But back to the tasting... The colour of Vieux Temps is a refined darkish amber, which gives you the expectation you are about to encounter something with a bit of character. But no. Vieux Temps is pretty thin and watery. The only flavour I got out of it was cut grass and perhaps a slightly metallic finish. Weak hop at the end, too, and nothing serious on the alcohol front to challenge the palate (4.5%). 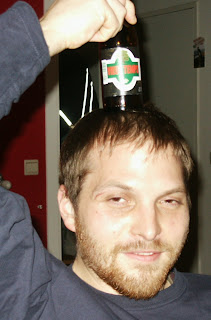 “It’s nothing much to write home about”, says Fiona.

Other comments were written in Czech. Petra wrote: 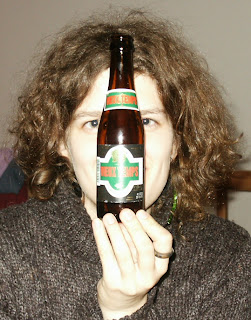 
So, one taker at least.

“But is this what all Belgian beer tastes like?” he asked.

STOP PRESS: Rumours are circulating the 40b40 central bunker that the magic monks of Westvleteren have approved a visitation and the bestowing of the blessed brew. We could be only days away... 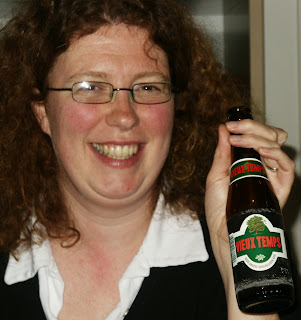