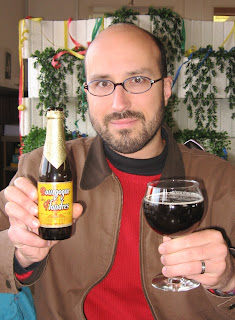 The 40b40 machine was on the road today, with a trip to Blankenberge, a Belgian seaside resort. On a freezing February morning, it would not have been my first choice, but events were well beyond my control all day. Hate to sound all Eeyore. At least it didn't snow.

Our schlep to the coast was requested by our visitors, who, normally residing in landlocked Bohemia, didn’t want to miss a chance to go down to the sea again.

We were spat out into a winter gale in Blankenberge, and we headed for the beach, body temperature dropping precipitously with every step. A strange surprise awaited us up on promenade. 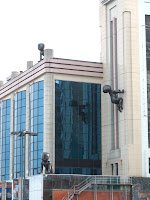 On the otherwise hideously ugly casino building, three enormous baby statues were installed as if climbing the edifice. That is, statues of babies, not just small statues. Oh, and the babies look as if someone stuffed th spine of a book into their faces. Not sure what that's all about, really. But one piece of the metal baby puzzle was put together for me. And again, we shall learn why it is good to travel with Bohemians.

Petra instantly recognised these statues as the work of David Černý, the famous Czech artist of pink tank fame. Indeed, he’s got ten of these tikes hanging off the Prague television tower. Weird to find them here in Blankenberge, which is known less for its cultural connections than for its go-kart track on the beach. The babies don't really make the casino any less ugly, though they do make it more amusing. 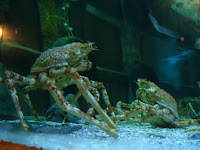 After a short walk on the sands, we guessed we’d probably burnt off all our body fat just in keeping alive over the past hour or so, and it was time to reblubberise ourselves. We ducked into a chippie for a greasy yet comforting stack of artery-cloggers. With mayonnaise. But they only had Jupiler there, so I had to delay my tasting until after the chips -- and the fish at the Sea Life Centre. 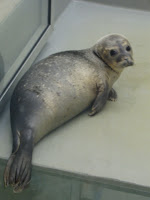 Blankenberge is much redeemed by the presence of its Sea Life Centre, full of rescued seals, as well as otters, penguins, crabs, and fish of all ages and styles. Lots of great stuff to see, and the kids love it.

My marine biologist days all come rushing back to me in these places. Though it started to get crowded after a couple of hours, so we moved on... 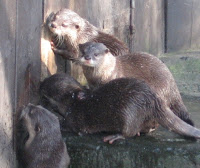 While we were waiting for the train back to Brussels, I ordered a Bourgogne des Flandres in the station restaurant. It’s from the John-Martin Brewery, which makes Timmermans and others.

The pour got me excited. In its dark colour and low fizz, Bourgogne des Flandres looked rather similar to a Rochefort. But one sip dispelled that illusion. It has a thinnish cola taste at first, then the sour hits you, and it develops a slightly metallic aftertaste. 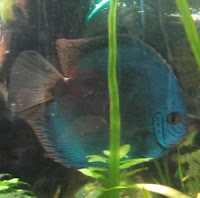 According to Michael Jackson, it is made from a blend of dark ale and Timmermans lambic, which would explain the sour, I guess. Interesting, but I probably wouldn’t order it again.