Piraat from Connecticut to the Netherlands 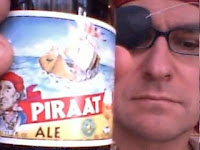 “Ahoy! Ye still be sailin’ in Connecticut seas then, matey.” 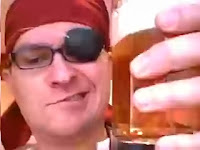 “Arrrrrrrrrrrrrhhhhh, this brew from Van Steenberge has a mighty head, matey.”

“Sweet and sticky taste, arrrrrrrrrrrrrhhhhh. But it has enough alcohol to send me to Davy Jones locker.” 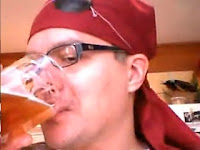 “Arrrrrrrrrrrrrhhhhh, aye. And it lasts on the tongue.”

“Aye, but though it be sweet, it also have a bitter hoppiness in the aftertaste.”

“Aye, and with pithy grapefruit too.” 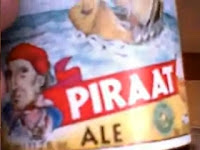 “The Belgian yeast taste be there, matey. It be there. Sour and acetyl when forced out the blow-hole of the great whale.” 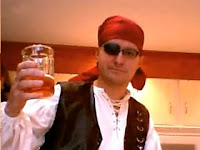 “This not be a complex brew, matey.” 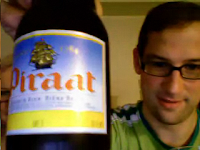 “Ahoy! This is your pirate in the Netherlands, and I’ve got me Piraat here, too.” 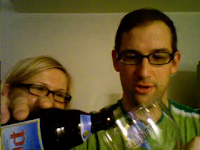 “Fuzzy coriander, matey, and you be right about the grapefruit pith, arrrrrrrrrrrrrhhhhh.” 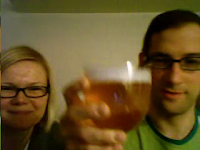 “It be too strong in the alcohol taste for me.” 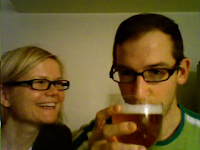 “M’wench be enjoyin’ the fizz. Pleasin’ and like a white beer say she.” 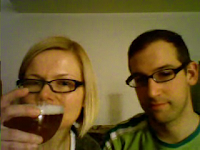 “And when it near the end, it smell like a urinal.”

“But not enough to keep me from finishing it.” 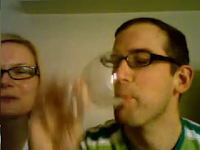 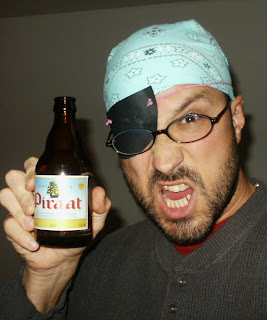 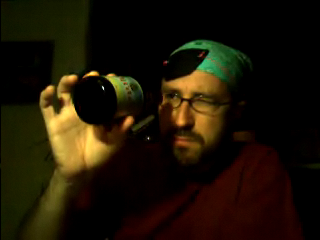